Live Music at Pizza on Dubuque

Folk Night at Pizza On Dubuque in Iowa City

Pizza on Dubuque has recently started hosting free folk nights in their upstairs seating area, a very nice, very underutilized space. I’m not quite sure if these events are hosted on a particular day of the week, but it’s a good idea t peek in next time you’re hanging out downtown. There are usually well-drawn fliers in the window announcing the next event. These shows are low-key, BYOB and have so far featured both well-established musicians like Pete Balestrieri and some artists new to the local scene like Rachael Marie, shown in the photos below. Rachael may look small and unassuming, but she has a powerful voice and a special ability to write songs that tell a story.  In the last photo, you’ll see her singing into the body of her banjo, which caused a haunting echo to consume her voice. Keep lookout, as I am sure you’ll have a chance to hear her play again soon. 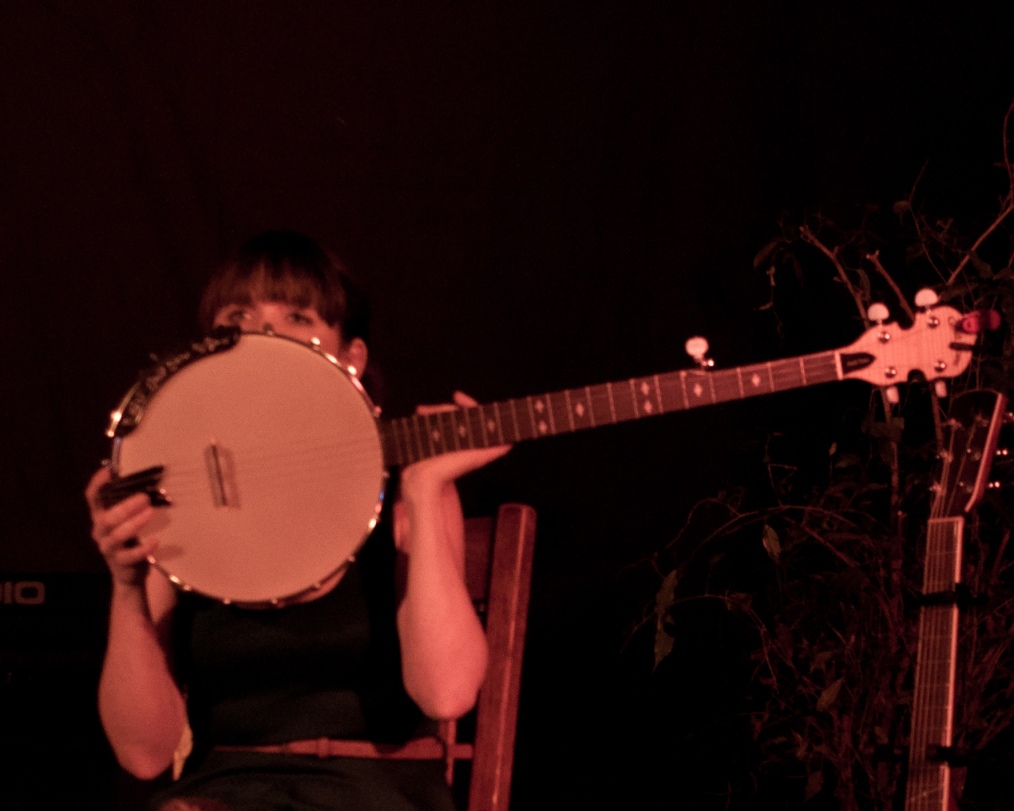